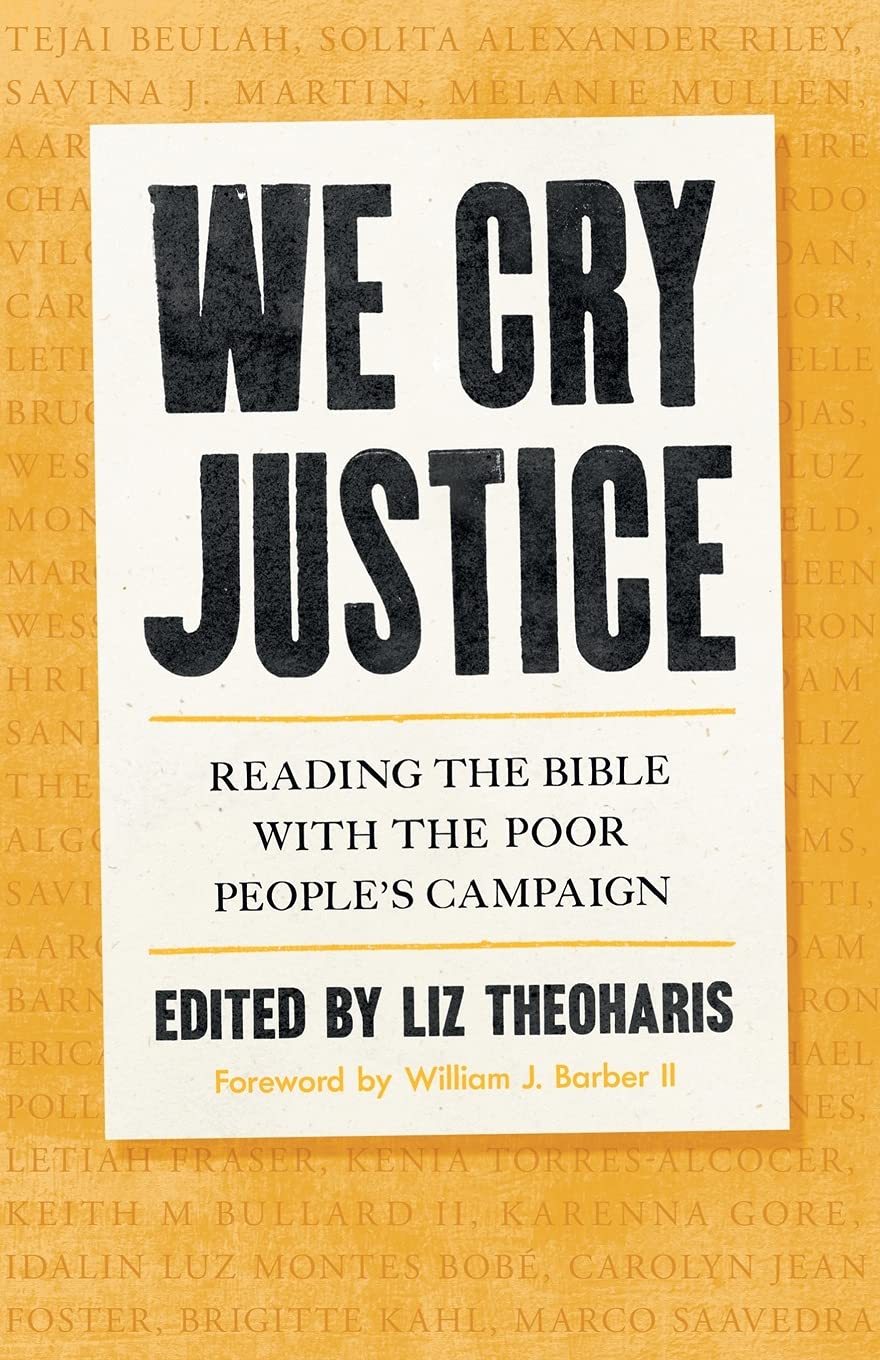 As part of the Church’s current book group, we’ve been reading We Cry Justice, edited by Liz Theoharis.  It stresses that poverty, not the poor, is immoral. It has a lot to say about Jesus as revolutionary. It has a lot to say about both Old and New Testaments, and their positions about poverty versus an empire. The book bends the mind, expands it, exposes it to views that we probably never explored in quite the same way.

It talks about dignity. Who will give people the dignity they deserve, and when. I thought: no one will. Ever. Not that I’m a pessimist, but people are powerless to give dignity to anyone. We have it already. We were born with it, a gift from God, if you will. People can choose to honor our dignity, or they can dishonor it (and in the process, dishonor themselves). One thing they can’t do is give it to us. They don’t hold that power in their hands.

And that means, if they can’t give it to us, they can’t take it away from us either. Knowing that fact changes how we treat ourselves, think of ourselves, express ourselves. It can change our stress level, our personal anger level, our sense of having our buttons pushed.  We can realize that snobbery and attempts to degrade, to dismiss, to marginalize us are the result of thinking that is nothing more than a bunch of baloney, and a lot of hooey.

I knew a man named Thomas once. I first saw him one day as I came off the Number 6 subway train at the 86th street station.He was standing there, quiet, holding a cup. Didn’t have a sign.  I walked past him, but he reminded me of my father, so I stopped, turned around, and gave him a bill.

I got to look forward to seeing him. I learned he’d been in the Vietnam War. He offered me his umbrella once. I got him a cup of coffee, making sure to find out how he liked it: half and half, three sugars. One day I thought to surprise him and get him coffee without asking him first. He thanked me when I handed it to him, but I could tell his heart wasn’t in it.  “Half and half, three sugars,” I said. He was wowed. He wanted to know how I had known. “I was a waitress. I remembered.” “I’m sure you did very well,” he said, speaking slowly, like every word counted. I treasured that.

Once he said, “You’ve always been good to me and I appreciate it. And look at me – I’m nothing.”) I snapped back, “Look, Thomas, you’re a civilized man, and in this world, that brings me a lot of comfort.” It was true, and I wanted him to know it, but today I’d like him to also know something like “Don’t buy the baloney, Thomas. It’s just a bunch of hooey.” Something like that.

Marie worked as a lawyer, married a good man, found plenty to do when she retired, and cherishes her family. She is grateful for lessons from her parents, such as valuing hard work well done, and realizing that washing the dishes can be a prayer.