Rio 2016: Unranked is a series of 306 paintings of Olympic Athletes who competed in the 2016 Summer Games in Rio de Janeiro. This series aims to reject the hierarchy of winners and losers in the Olympic Games and reduce it to what it is at its core; a celebration of athleticism and diversity. To do this, I used a random number generator to select one athlete from every event, with no preference for placement. I spent 30 to 40 minutes on each portrait, avoiding giving extra attention or special treatment to a particular individual. The portraits have been labelled in such a way that shows their points or time achieved, while omitting the placement. I was very intentional in selecting only one athlete from each event, to ensure that it would be impossible to compare one to another. The work displays all participants together in a grid; the group of individuals are seen as a whole, not a ranked system of bodies separated by race and sport. Every choice that is made in this work is made to emphasize the importance of equal treatment and unbiased representation.

This work asks the question, “What do you have when you remove the competition from the biggest competition in the world?” My answer to this is that you are left with a diverse group of passionate and talented individuals. This series was inspired by my dedication to the topic of representation, and the desire to learn and improve upon the weaknesses I had as an artist. I aimed to improve my skill in portraiture, and my understanding of facial features, skin tones, and bone structures of people from different racial backgrounds. This work is an opportunity for self improvement, as well as a means to represent the under-represented.

In preparation for this project, I asked myself “Who deserves to be painted? How can I select my subjects in a meaningful way?”. I settled on Olympic athletes because they are a racially diverse group who deserve to be recognized; not only those who placed, but all athletes who participated. Generally, the media focuses on the stories of the winning athletes. Also, given the nature of the Olympic Games, there is a much greater focus on bodies than faces. This series is by no means a criticism of the Olympic Games and their media team, it is simply meant to be a refreshing new perspective. It is a shift in focus. A focus on face rather than body. A focus on participants rather than medalists.

This series addresses themes of growth, representation, equal treatment, and labour. This work encourages the viewer to think about why representation matters, and reminds the viewer that someone notices your hard work. You deserve to have your efforts recognized. 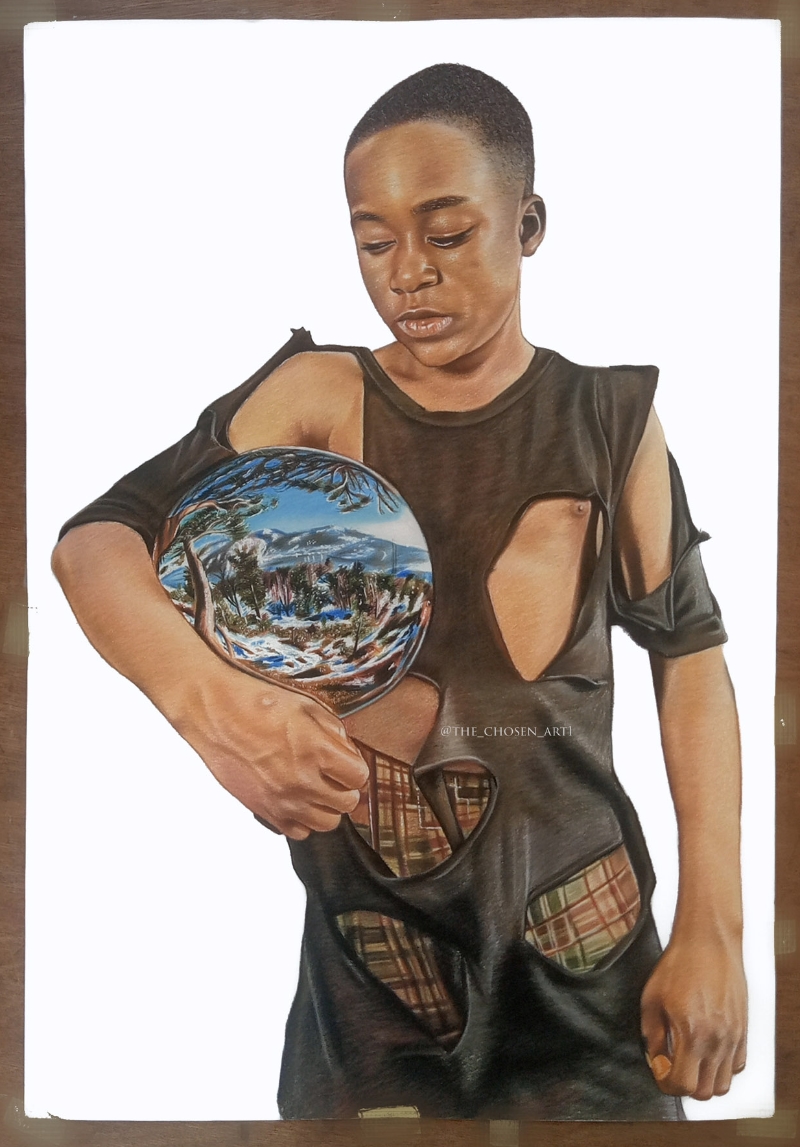 This piece in pastel, graphite, and charcoal pencil represents starting from nothing to greatness. It's titled, "Not Limited." 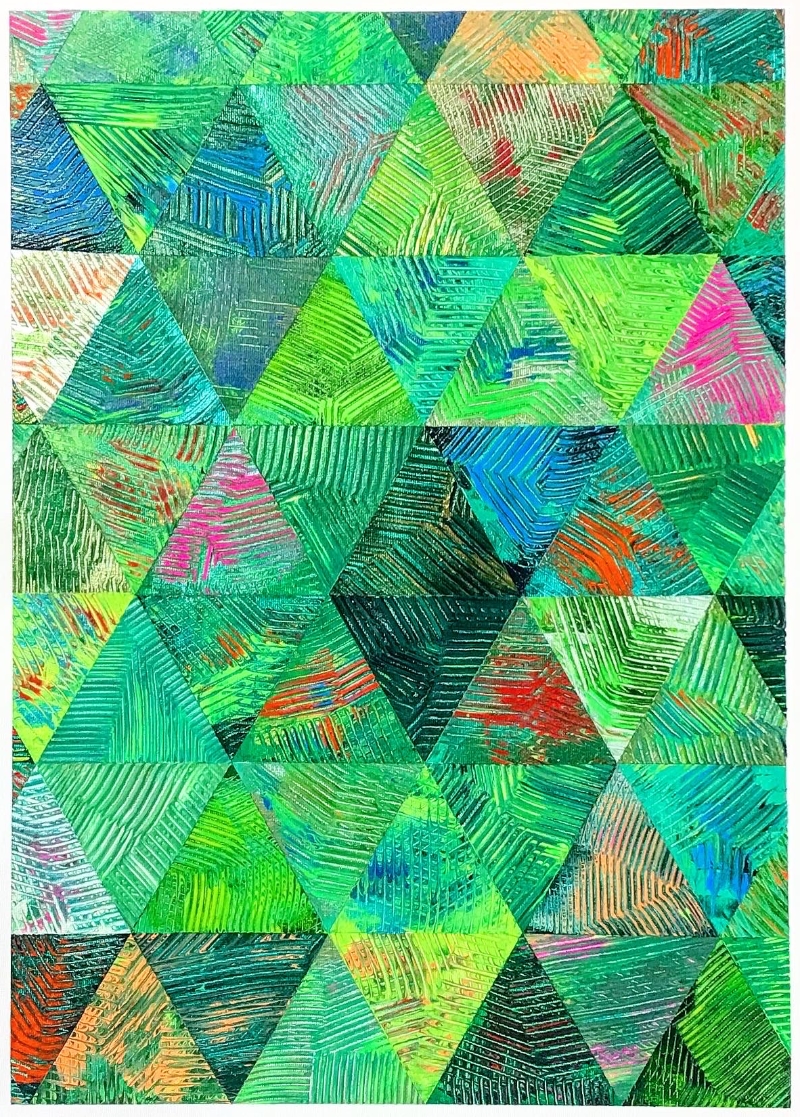 #229 Ever Green | Metallic and fluorescent acrylics on canvas, 2021 | Josh Stein

I am exploring where the idea of line itself creates what the eye experiences: fooling the eye into seeing things it never imagined could exist. 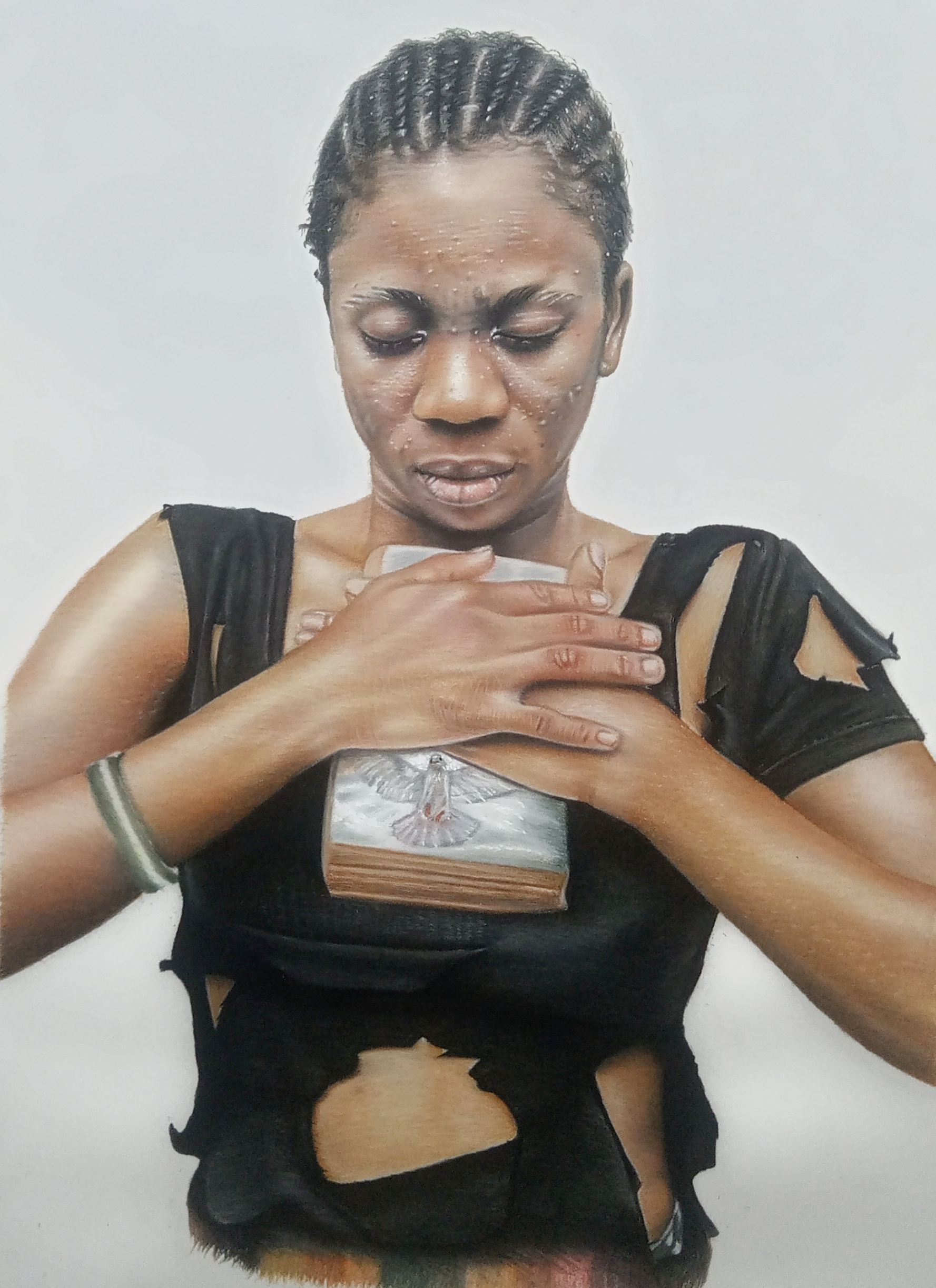 Life is spiritual, this pencil drawing is projecting the deep realms people attain either spiritually or mentally.

This series contains themes of growth, representation, and labour. This work encourages the viewer to think about why representation matters. 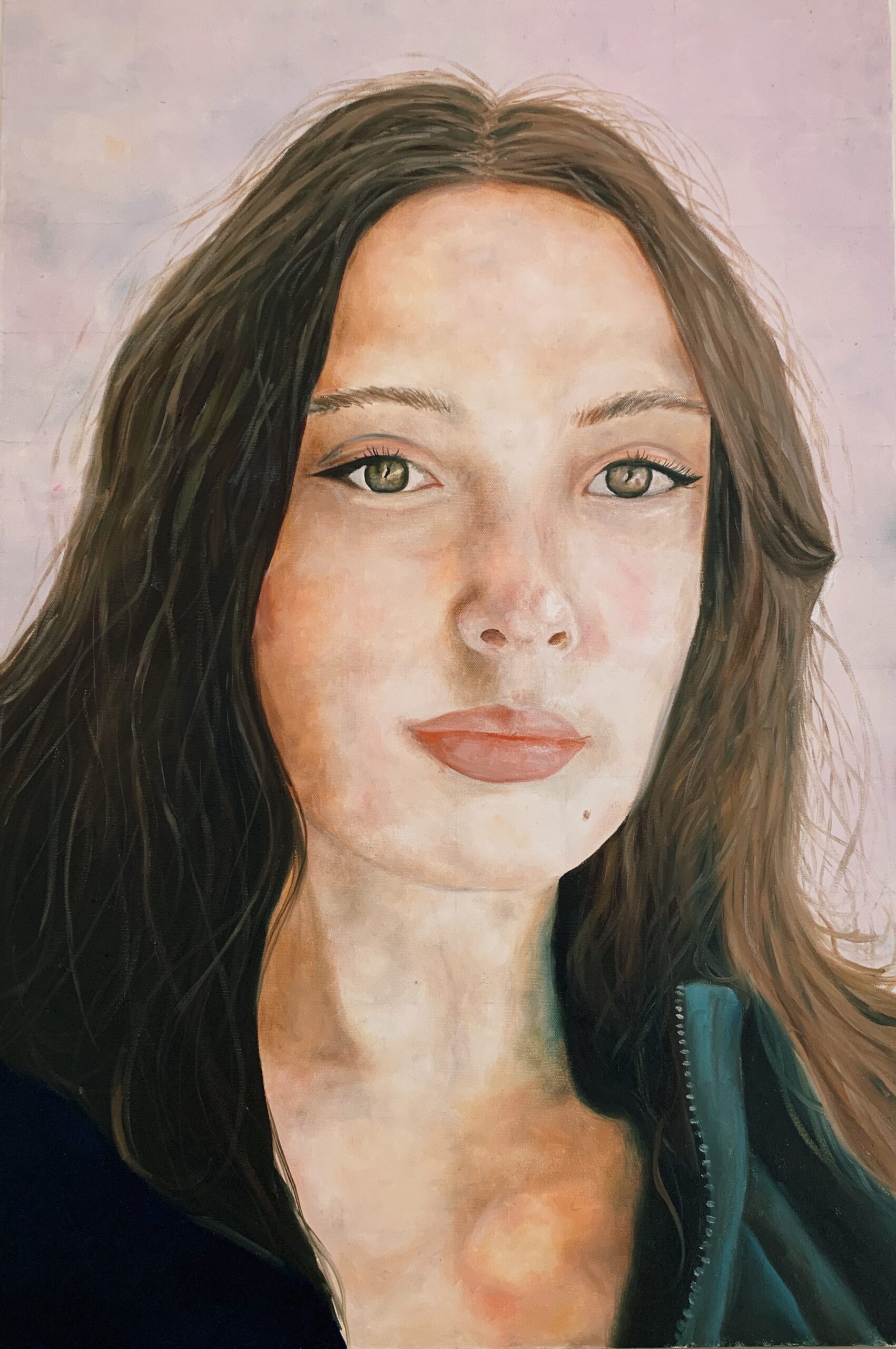 This is a portrait of my best friend, Ava. Through her bravery, Ava has helped me grow to become a better artist, and a better person.

subscribe to our email newsletter to stay up-to-date with all things connect.faith

Help connect.faith meet people where they are.